This event is sold out. 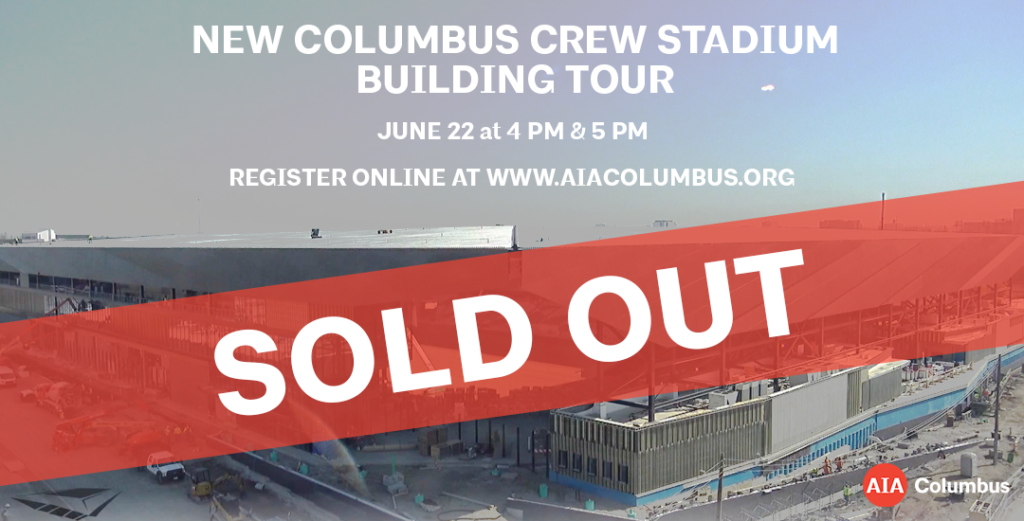 Please note this event is sold out but you can join the waitlist and you will be contacted if a spot opens up.

Join us for an in-person, outdoor tour of the new Columbus Crew stadium on June 22!

What was once a pile of dirt on 21 acres on the west end of the Arena District has been transformed into a clear structure of the next state-of-the-art stadium in Major League Soccer in the new development known as Confluence Village.

Construction on the 20,000-seat facility is entering the final phases nearly 17 months after workers broke ground on the site in October 2019. The stadium boasts four unique stands, each reflecting the vibrancy and diversity of Columbus’ urban neighborhoods. The Nordecke safe-standing section in the north is designed with two patio decks and a beer garden for 3,400 of the club’s most faithful supporters. The 5,000-square-foot brew hall in the south will offer open views to the entrance plaza and Columbus’ dynamic downtown.

When complete, the new stadium will feature more than 10 times the number of premium seats as that in Mapfre Stadium, including field-level seats and lounges.

This is a hard hat tour. Please bring your own hard hat and vest, participants must wear closed toe shoes. No photos are allowed to be taken during the tour. A waiver must be signed prior to tour. Limited space available.

Taking photos inside the stadium is prohibited.


The tour will begin on the north sidewalk of Nationwide Blvd.  Attendees can park in the Hocking lot across Nationwide Blvd from the stadium (see below). 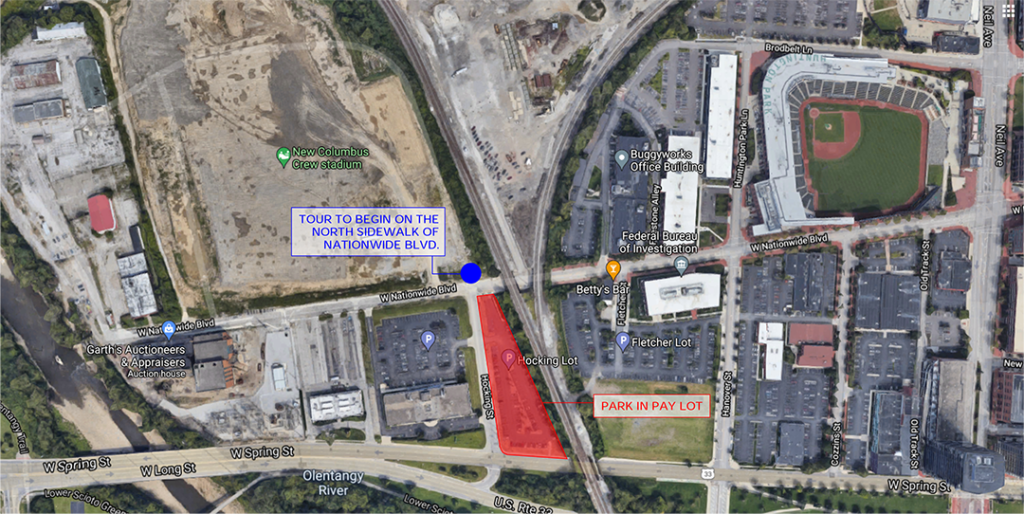