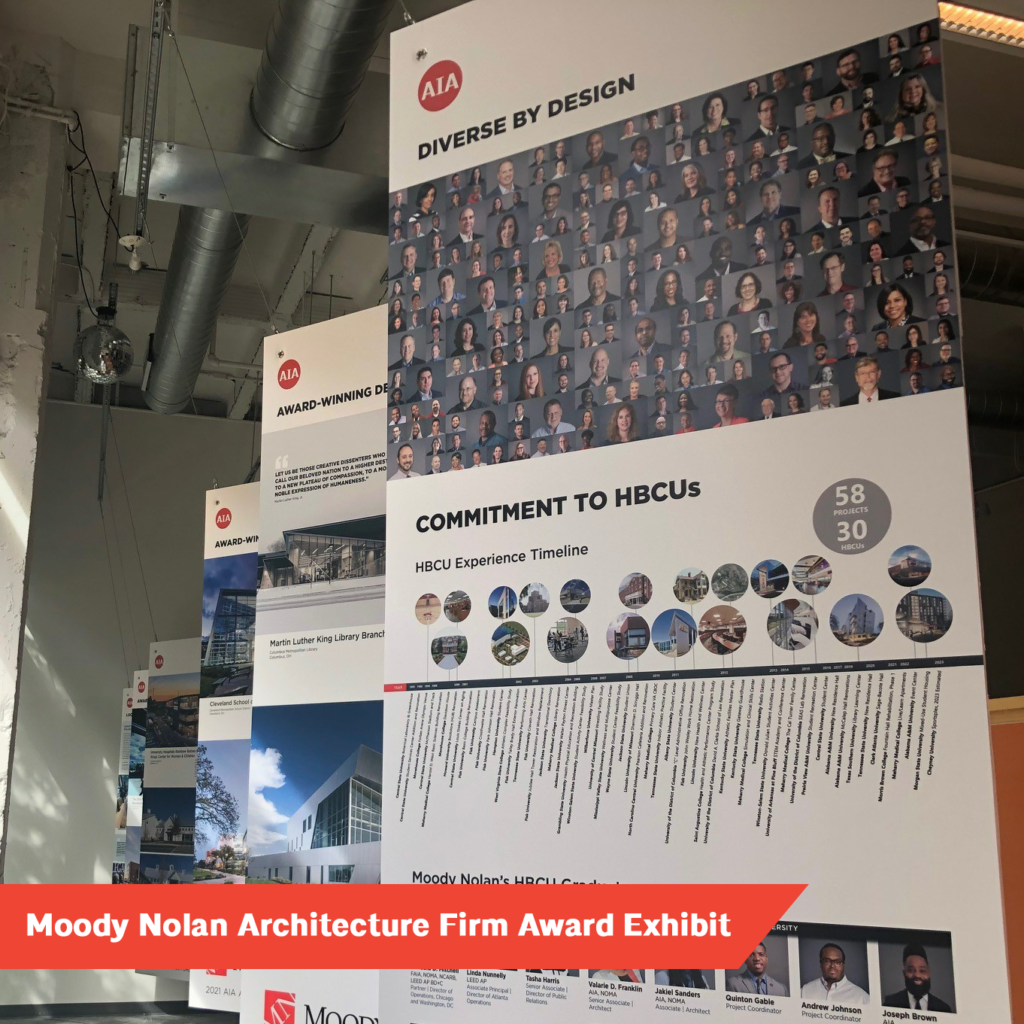 Every year, the AIA recognizes one firm that has produced notable architecture for at least a decade. Moody Nolan was recognized as the 2021 Architecture Firm Award recipient. Visit the Center for Architecture and Design to learn more about the firm, their work, and this prestigious award.

For Moody Nolan, diversity has been at the core of the firm’s philosophy since its founding. Much greater than a recruitment plan, the firm’s complete embrace of talent that hails from diverse cultures, races, and socioeconomic backgrounds allows it to nimbly address complex problems through its staff’s myriad points of view. The nation’s largest African American-owned and operated design firm, it has a long history of serving clients with its trademark navigation of cultural sensitivities and keen understanding of the impact its work has on individuals and communities.

In cities like Chicago, Seattle, and Columbus, Ohio, Moody Nolan’s work is reflective of the people who will live, learn, and heal in the spaces it creates. Its work has been lauded with more than 320 design citations and significant awards, including Moody’s receipt of AIA’s Whitney M. Young Jr. Award in 1992, its AIA Ohio Gold Medal in 2007, and the National Organization of Minority Architects’ (NOMA) President’s Exemplary Service Award in 2008. The firm was also named NOMA’s firm of the year in 2000.

Beyond the compelling design of buildings, the firm views its work as a way to encourage architecture careers in diverse communities and carry on the firm’s legacy. That ethos is made clear in projects such as Columbus’ Martin Luther King Library Branch, a vibrant community center that responds to both the character of the surrounding community and the powerful legacy of Dr. Martin Luther King Jr. Though it is only 20,000 square feet, the unique facility makes a powerful and uplifting statement. In Chicago, the firm worked with City Colleges of Chicago to further its commitment to the city’s troubled South Side and replaced the aging Malcolm X College and School of Health Sciences. Despite inheriting budget issues and a very tight timeline, Moody Nolan provided the school’s predominantly low-income student body with a technologically advanced learning environment that is focused on allied health professions.