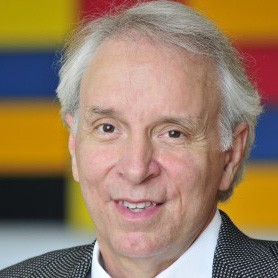 As well as being a prolific designer and builder, Larry has also contributed significantly to the development of ideas and direction in his field. He has authored three books and has edited or co-edited four publications. He has contributed chapters in eleven books by others, and has written over 50 articles in professional journals including Architecture, Urban Land, L’Architecture d’Aujourd’hui, and Architecture Australia.

From 1992 to 2001, Larry was the Dean of Architecture at University of Texas at Austin, where he continues to serve on the faculty. He is a Fellow in the American Institute of Architects and served as chair of the jury to select fellows in 2005. He has also served on the Architectural Advisory Board for the US State Department Overseas Building Operations, as a National Peer Reviewer for the US General Services Administration Design Excellence Program, and on the boards of national environmental groups such as Greenguard Environmental Institute and Air Quality Sciences. He is the 2011 recipient of the ACSA/AIA Topaz Medallion given to one individual in North America each year in recognition of their contribution to excellence in architectural education.