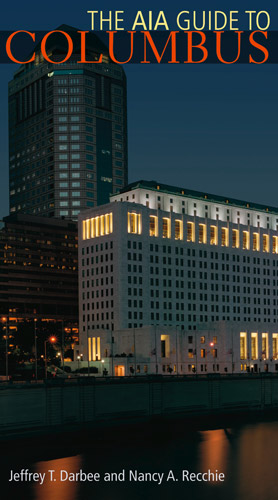 Due to COVID-19, the AIA Columbus office will be working remotely part time and will be open Mondays-Wednesdays. We will still be selling documents. Please email Qisti@aiacolumbus.org if you would like to order documents. Start your project off right with an AIA Contract Document. As the Industry Standard, AIA Contract Documents’ fair and balanced library of contracts […]

The AIA has a long history of requiring that its Members adhere to the highest ethical standards. The AIA Code of Ethics and Professional Conduct The preamble to the AIA’s Code of Ethics describes the principles upon which the Code of Ethics is based and includes a brief summary of the document. It provides that […]

Welcome to The American Institute of Architects Since 1857, the AIA has represented the professional interests of America’s architects. As AIA members, over 91,000 licensed architects, emerging professionals, and allied partners express their commitment to excellence in design and livability in our nation’s buildings and communities. Members adhere to a code of ethics and professional […]

For the 2009 AIA Columbus year, we have selected to utilize our monthly meetings to focus on the diverse and expanding role of the architect.  Believe it or not, most graduates from architecture programs of study are not practicing in the traditional manner. Really.  Think about it.  We represent owner’s interests, we design products, we take on project management roles, we build and construct, we consult regarding sustainability, we teach, we develop, and we design.  The profession is diverse.  And our culture demands that we stand up and embrace the evolving role of the architect.  We are many things, let’s celebrate it.

In July, 2008, AIA Columbus organized a Task Force to study the idea of an AIA Columbus Center for Architecture (CFA). The Task for met several times over the summer, completing its work in September.

Centers for Architecture have recently opened in Philadelphia, Portland, Austin, and Houston; others are about to open in North Carolina and Dallas, and others have existed for many years in Chicago, Seattle and New York. While size, cost, and program vary in detail, they all have in common the goal of creating a home for architecture in their city, of creating an exciting place for both members and the public, a place for exhibits, receptions, chapter meetings, and community outreach, as well as creating a home for the chapter’s day to day business.