The AIA has a long history of requiring that its Members adhere to the highest ethical standards. The AIA Code of Ethics and Professional Conduct The preamble to the AIA’s Code of Ethics describes the principles upon which the Code of Ethics is based and includes a brief summary of the document. It provides that […]

Welcome to The American Institute of Architects Since 1857, the AIA has represented the professional interests of America’s architects. As AIA members, over 91,000 licensed architects, emerging professionals, and allied partners express their commitment to excellence in design and livability in our nation’s buildings and communities. Members adhere to a code of ethics and professional […]

For the 2009 AIA Columbus year, we have selected to utilize our monthly meetings to focus on the diverse and expanding role of the architect.  Believe it or not, most graduates from architecture programs of study are not practicing in the traditional manner. Really.  Think about it.  We represent owner’s interests, we design products, we take on project management roles, we build and construct, we consult regarding sustainability, we teach, we develop, and we design.  The profession is diverse.  And our culture demands that we stand up and embrace the evolving role of the architect.  We are many things, let’s celebrate it.

In July, 2008, AIA Columbus organized a Task Force to study the idea of an AIA Columbus Center for Architecture (CFA). The Task for met several times over the summer, completing its work in September.

Centers for Architecture have recently opened in Philadelphia, Portland, Austin, and Houston; others are about to open in North Carolina and Dallas, and others have existed for many years in Chicago, Seattle and New York. While size, cost, and program vary in detail, they all have in common the goal of creating a home for architecture in their city, of creating an exciting place for both members and the public, a place for exhibits, receptions, chapter meetings, and community outreach, as well as creating a home for the chapter’s day to day business. 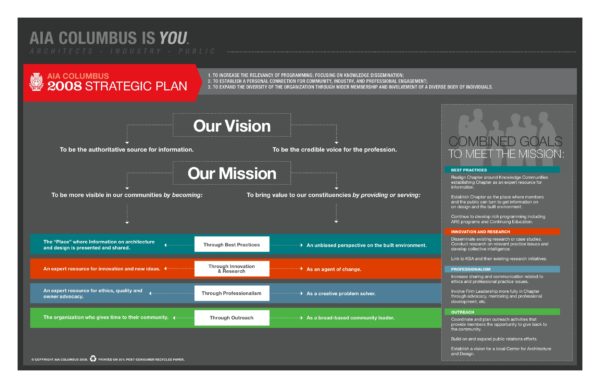 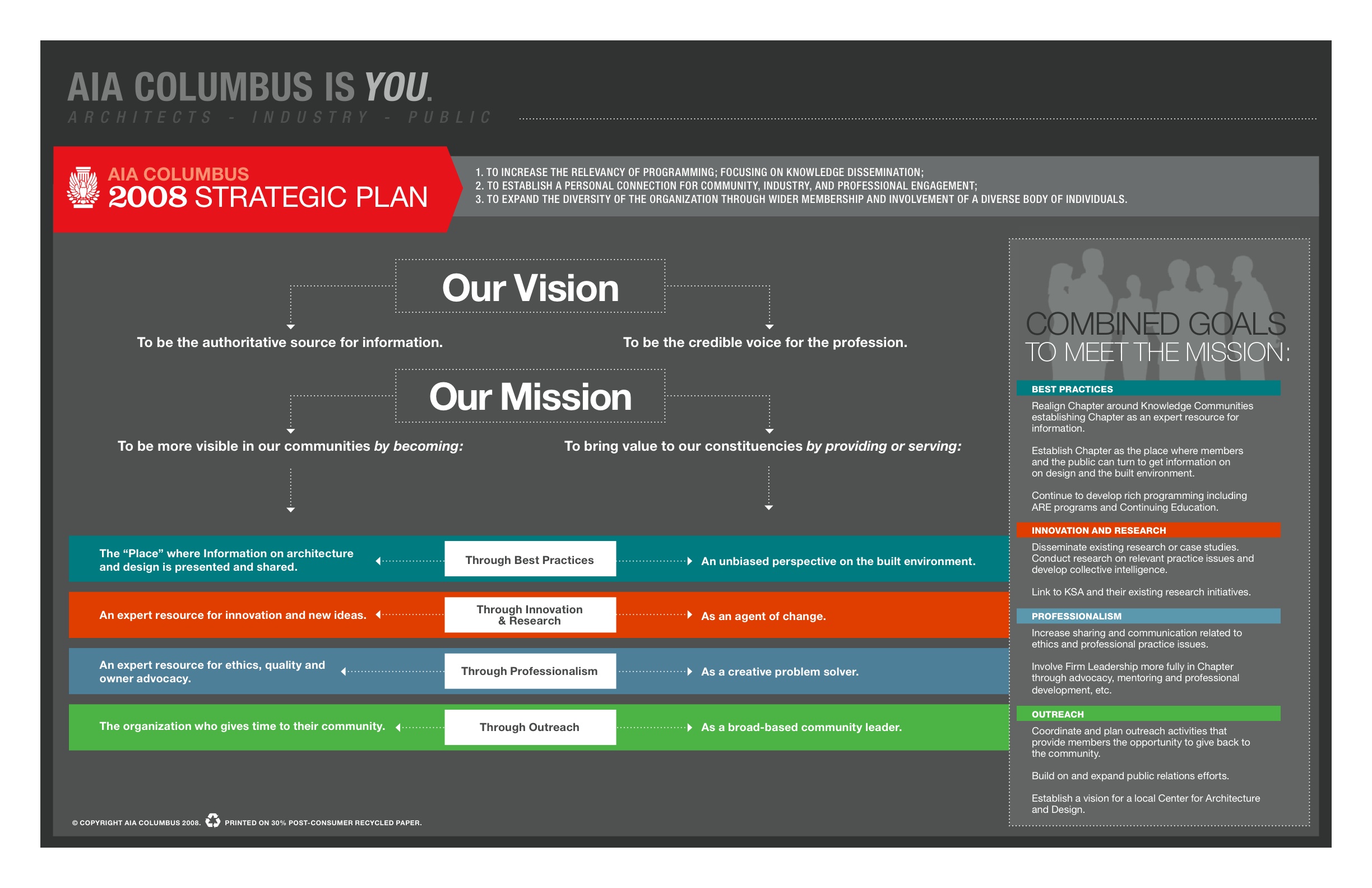 Looking at AIA Columbus in relation to the greater community, the construction industry and the needs of the individual Architect.

AIA Columbus will use this platform to communicate to membership and the community the process in creating a Center for Architecture. Please continue to check back for updates or you can subscribe to our RSS feed.

As we come to the end of one year and near the beginning of another wrought already with dire economic predictions and cutbacks in capital spending by many of our clients, one has to wonder what is on the horizon for the architect. How does our profession cope with the uncertain market condition and the general lack of confidence in the future? Lead! Charge ahead!

As architects, let’s use this time to develop a place that exposes the possibilities for change and has the potential to help us redefine our community. Lead thought, prove our theories, clear the way for prosperity, and help our audience experience first-hand the power of great design.  Let’s develop a center for architecture right here, right now.